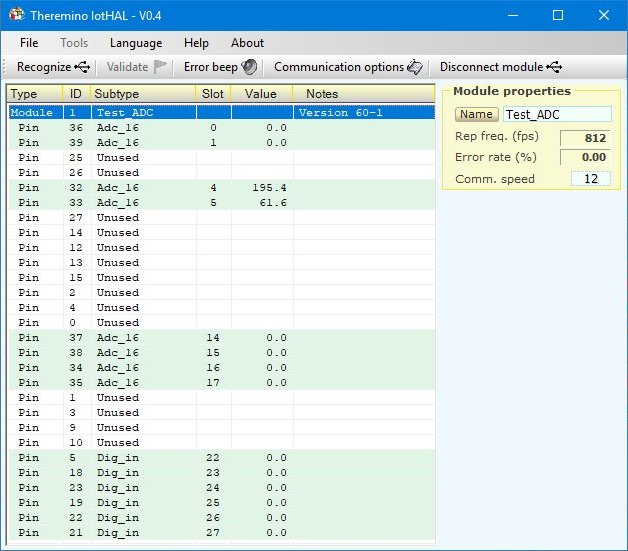 The IotHAL connects the IotModule with high-level software, via WiFi and network.

The I.O.T acronyms. IotModule of going to ?Internet Of Things?. And these modules, programmable with the same IDE Arduino, They are truly versatile.

Here are their characteristics:

– Immediate management of the Input-Output, as always with the system Theremino.
– significantly more power (240 MHz clock against 16 MHz of the Master).
– Dual-Core Processor 32 bit (against the 16 bit dei Master).
-Support for fast operations on floating point numbers Single and Double.
-Operation via WiFi

(Note 1)
Please read the previous paragraph to change the colors of the lower zone of Arduino,
unreadable by a dark red on black, normal color and easy to read.

Open chance not achievable with the Master, for example, place a room at ions or a hard-to-reach locations with geiger in a signal cable. Or build vehicles controlled via Wifi, as seen in the video Mars mission. 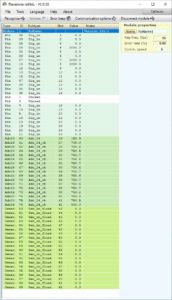 In this image you see the IOT HAL ESP32 connected to a module that has been configured with the maximum possible number of Pin.

I am well 64 PIN, but they use it less you can reconfigure the module to use and see only those who serve. At times even a single Pin.

All these Pin is transferred via WiFi, with a single exchange and the transfer time it is practically the same for any number of Pin.

The indication Rep Freq. (FPS) Valori approximate indica. The measured values ??are quite right around 200 fps and become increasingly incorrect (by default, and very), FPS as you grow and approach 1000. Do not modify the calculations because now we are all used for years in these indications and change would create too much confusion. However, for all automation uses and reading of a repeat sensors higher 100 FPS is always enough.